Here is a real-time update. I just woke up. It is 6:45am. I am groggy as hell and alone in my tent at 7500 feet. Kathy had a meeting in Austin, TX - flew out yesterday, so I have two nights alone. I am psyched to workout today but wish I felt more energized. The temperature inside the tent right now is 88° F. Yep, I am soaked from my own sweat but I think I am getting accustomed to sleeping in the heat. Never before could I even bear the slightest heat at night. Now, I can stand it but look forward to cooler days on the glacier. Last night's uninterrupted 8 hours of sleep was one of the best I had so far in the tent. 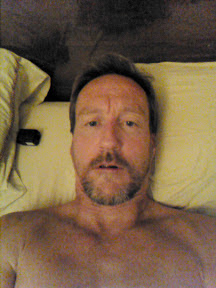 Yesterday, I emailed Brian Oestrike from hypoxico.com to ask him several questions. He replied last night but I did not have a chance to read the email. Here were my questions with Brian's summarized responses (in blue) and my thoughts following (in red):


Now that is what I call great service!  Brian rocks and he is willing to chat with Kathy about her training preparation as well.  Anyone interested in this hypoxic training, I suggest you send Brian a note.  Thanks Brian.
Posted by pem725 at 8:52 AM